Location : Olympic Stadium
Finally, the day of the match! 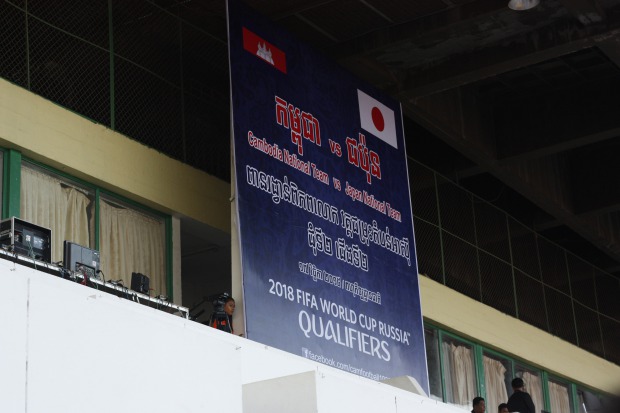 We were very anxious about where to put our flags since each stadium have different rules.

Our tickets are for seats in the main stand, but our aim is to put our flags on the other side so that there would be more chances to be on broadcast. ( It is our hope that the people who made the flags and were not able to come to the stadium have the chance to see their flags being put at the stadium.)

No one knew how we can get to the other side of stadium.

We just wished we would be able to set our flags there.

But, a miracle happened!

During lunch on the day of the match, our Project Director, Hibino-san met a person who works in Cambodia, and found out that one of his Cambodian staff has a ticket for the rear stand! Hibino san asked him if his staff could bring our Match Flags and put them around his seat or the fence close to the pitch. He pleasantly accepted our favor.

Finally we are at the stadium. 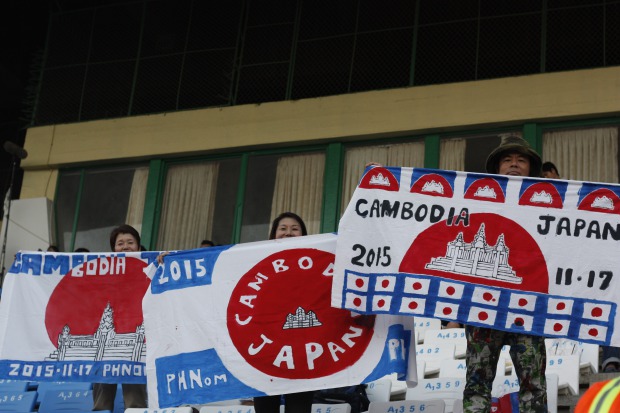 When we arrived, there were beautiful Match Flags already set on the fence. How wonderful!

There were over 50,000 people at the Stadium and all Cambodian people seemed to be very excited having the Japan National Team there. 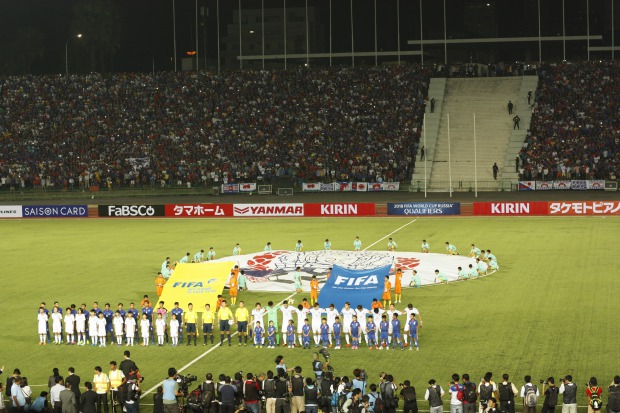 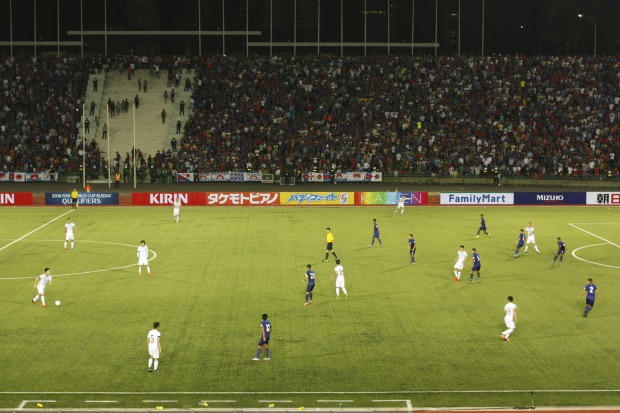 Japan won the game but we believe all players of the Cambodian National Team did their best and their spirits have left great impression to everyone who saw the match.

Thank you to the National Team and to also people who joined our Asia Daihyo Match Flag Workshop in Cambodia! 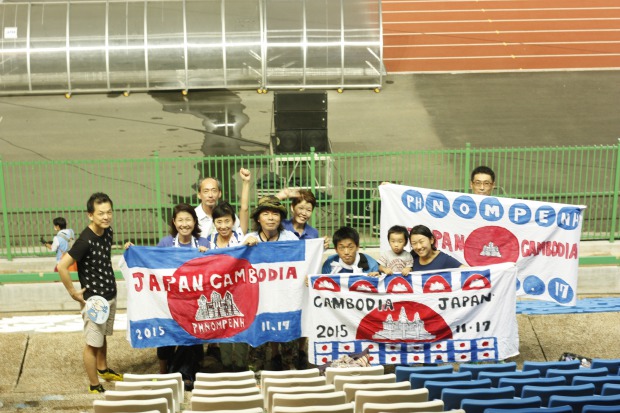